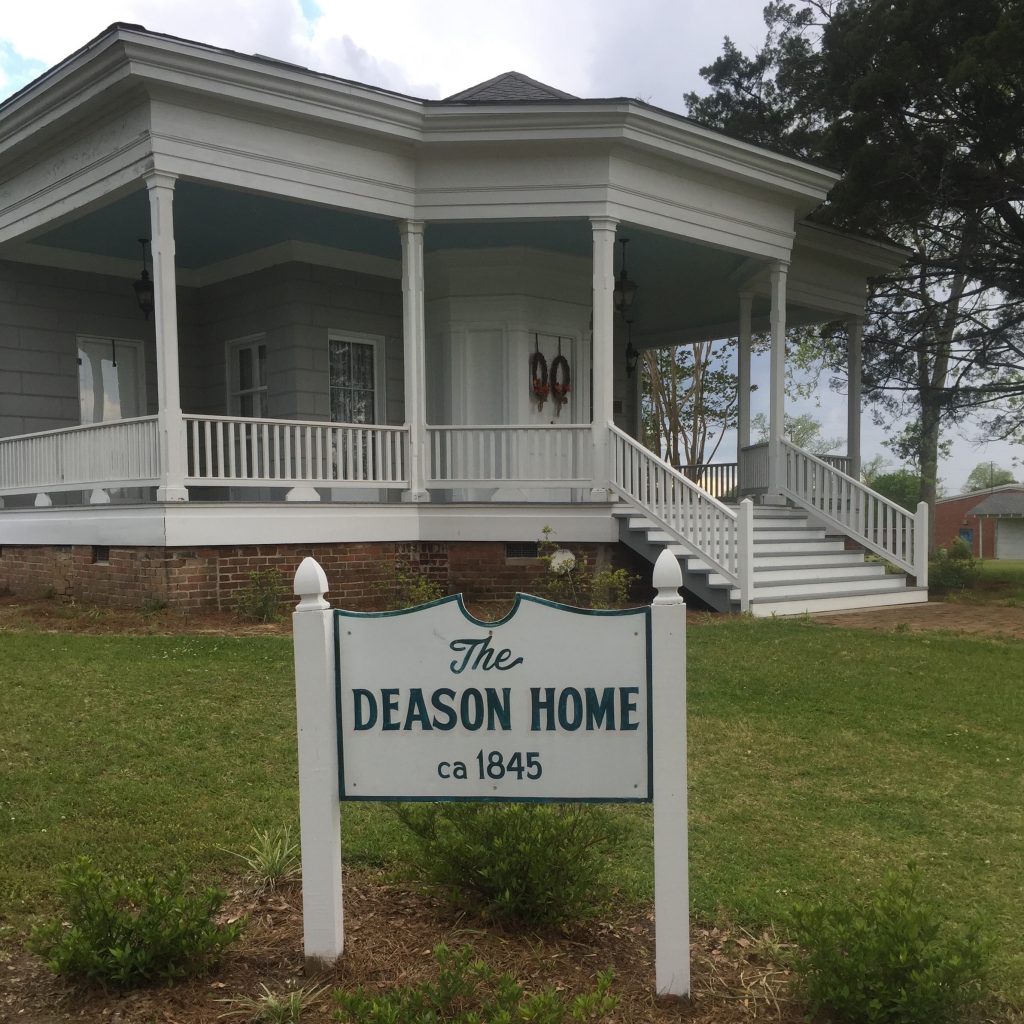 The Civil War left an indelible mark on the state of Mississippi and the old home of Amos Deason is just such a place where the Civil War has not quite ended…
The house was built in 1845 by Amos Deason, one of the wealthiest men in the region. While you wouldn’t know it by visiting the house today, there are many dark secrets here which remain hidden… from a bloodstain that will not fade to a door that opens by itself on the anniversary of a terrible event.

At the time of the Civil War, the people of Jones County in Mississippi were mostly poor farmers and owned few slaves. When the question of secession from the Union began to be addressed, the Jones County people refused to get involved. They instructed their delegate to the secession convention in Jackson to vote against withdrawing from the Union. But when he arrived in Jackson, he was caught up in the excitement and voted with the secessionists. His angry neighbors hanged him in effigy.

Reluctantly, Jones County prepared for war. Amos Season prepared for the coming war by burying his gold on his property for safe-keeping.

During the war, the old men, women and children were left behind while the younger men went off to fight. The property was left nearly defenseless and the people struggled to survive. To make matters worse, the Confederate cavalry, whose job it was to find food and supplies for the army, descended on Jones County, raiding farms and taking food and farm animals that the people could not afford to give.

At the beginning of the war, some Jones County men joined the Confederacy but others refused until the draft was instituted in 1862. One of those was a farmer named Newt Knight. He refused to fight for a cause he did not believe in, although when he was drafted, he did serve as a hospital orderly.

Knight reached his breaking point when he learned that if a man owned 20 or more slaves, he could avoid military service. Knight, and the other poor farmers from Jones County, felt they were right then they suspected the war was a “rich man’s war and a poor man’s fight.” At this point, Knight deserted and went home.

Knight banded together with other deserters and formed a renegade army which was based in the Leaf River Swamp. Their hideout, known as the Devil’s Den, was called home for over 100 Confederate deserters. They came out of the swamp to visit there families, work their farms and according to the stories, conduct raids on trains headed to and from Mobile. The men devised elaborate methods of communication and signals to alert them to impending danger.

And that danger was very real……  Despite a large number of Jones County deserters, most of the people in the area remained loyal to the south. To these people, Newt Knight and his men were criminals and they refused to offer them safe harbor in Jones County. In addition, Confederate troops were determined to capture Knight and his men. They raided the woods and the swamps, looking for the renegades, but with no success. Finally, the Confederacy sent Major Amos McLemore, a native of Jones County, to capture Knight.

McLemore knew the swamps nearly as well as Knight and was determined to bring him in. He and his men ransacked the woods, getting dangerously close to Knight’s hideout. Knight realized that something had to be done…. McLemore had to be killed.

McLemore had made his headquarters in the home of Amos Deason, loyal Confederates. Knight decided to go to the Deason home to kill McLemore. One wet, rainy afternoon in September, after McLemore had returned to the house, Knight threw open the door. He found McLemore standing in front of the fireplace and he shot him point-blank. McLemore gasped “I’m killed!” as he fell to the floor in a pool of spreading blood. McLemore’s men chased after him, but he managed to escape back into the swamp.

McLemore’s blood seeped into the pine flooring of the Deason house and no matter how much scrubbing was done, it would never disappear. After many years of seeing the blood, descendants of the Deason’s finally covered the wooden floor with new flooring. This may have hidden the blood stain, but it did not stop the front door of the house from bursting open on the anniversary of the murder each year…. only to reveal an empty, silent porch.

In 1991, the Deason family gave the home to the local chapter of the Daughters of the American Revolution. They began restoring the house and prepared to open it to the public. Several members of the DAR confessed to be uncomfortable about being in the house alone.