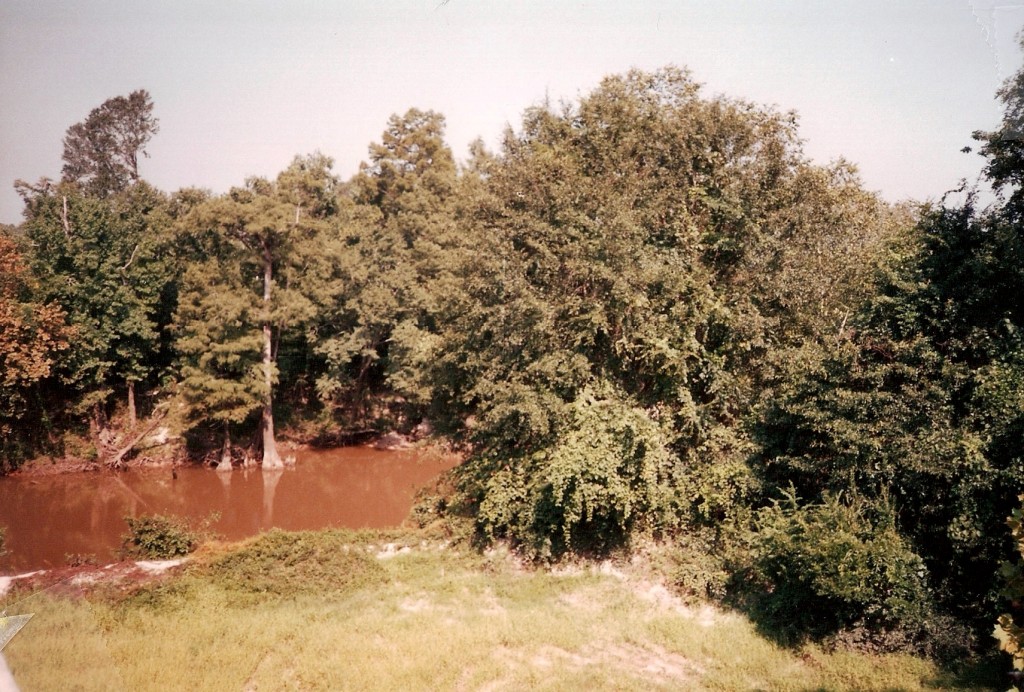 Visitors to Jones County often express interest in where Newt Knight and his band of deserters hid out during the Civil War.

Many skirmishes and drives were staged in Jones and Covington Counties because the notorious deserter leader, Newt Knight and his cohorts lived near the boundaries of these counties and the most outstanding hideout or secret haunt intersects the boundary between the two counties; this historical landmark (unorthodox) is known as Deserters’ Den Lake and is situated about .5 mile east of Leaf River (Reddoch’s Ferry) Bridge south of Highway 84; to the general public this unique natural feature is unknown, but in its course of time many a weird tale, many a heart-rending sob and much beautiful bravery has centered around this particular protector.  The lake is situated so the entrance faced the old Reddoch’s Ferry, another mark of history now so contritely in the background.