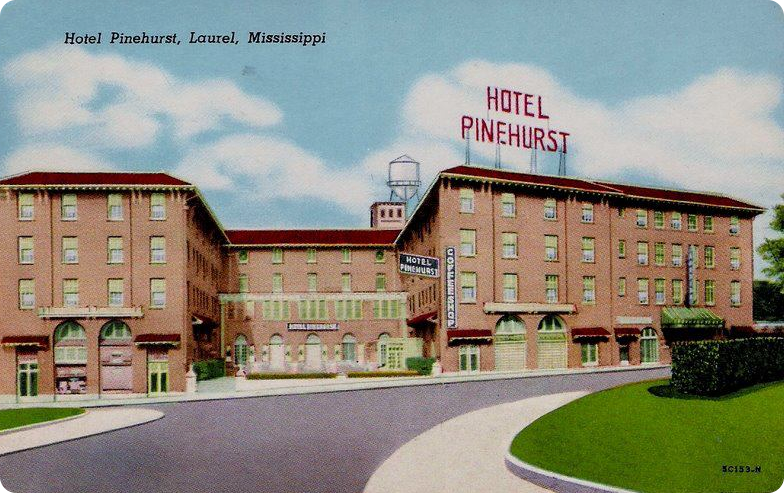 Constructed in 1914, the Hotel Pinehurst was owned and operated by T.B. Horton until 1939. The hotel included over 100 rooms, a grand lobby and entranceway, and a number of dining rooms, offices, and stores. The Arabian Theater was added in 1924. This hotel was among the first in Mississippi to offer air-conditioned rooms. The Hotel Pinehurst was listed in the National Register of Historic Places in 1987 and demolished in 1988. Pinehurst Park was built where the hotel once stood.