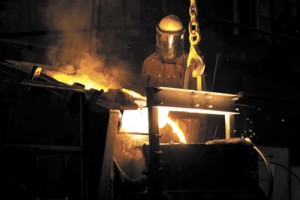 1904 – Laurel Machine and Foundry Co. established as a manufacturer and supplier of metal parts for the Lindsey Eight-Wheel Wagon Factory.